× Články Rozhovory Videá Fotogaléria Kontakt
DOMOV | ČLÁNKY | Jordon Southon: „I enjoy the league in Slovakia, I enjoy the people in Slovakia and I think that is what made me look into coming back to the league.“ 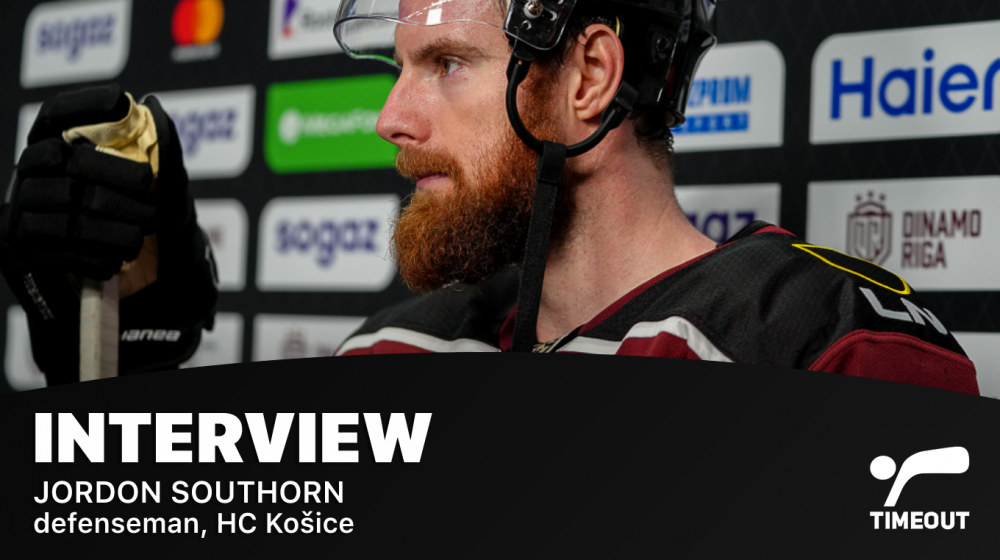 A familiar name of a Canadian defenseman has been revealed by HC Košice not so long ago. The 32-year-old Montréal-native became a champion with HC ‘05 Banská Bystrica in 2018/2019, and after spending two more seasons in Slovakia he’s moved on to play in Dinamo Riga and the KHL. Jordon Southorn has agreed to terms with HC Košice and is going to be back for the season 2022/2023!

Jordon Southorn has played for HC ‘05 Banská Bystrica and HK Dukla Michalovce before he decided to join Orli Znojmo in ICEHL and then Dinamo Riga in KHL. The ongoing conflict in Ukraine was one of the main reasons why Dinamo Riga decided to leave the KHL and Southorn had the opportunity to explore the market and find his new team. “I enjoyed my time in Slovakia before I left last season. I was happy to get to Riga and play in the KHL, but this season Riga is not participating in the league. I had spoken to other teams in Europe but Kosice was the team that was highest on my list.” says the defenseman. There’s probably not a better feeling than winning the playoff series and lifting the cup, but surely there are other things that Southorn got to experience while playing in the Slovak highest ice hockey league. “I will always remember winning the championship. I think it is something that everyone remembers forever. I remember the outdoor game against Zvolen and how much rain there was. Also, the all-star game in Trencin and how much fun all the players had participating in the event. I still have friends that I speak with from the different teams I played on.”

Southorn became the second most productive Canadian defenseman to ever play in the league and rightfully so because he has accumulated 115 points in 137 games while playing in Slovakia. But what does he think about his newest contract with HC Košice? “I do enjoy the league in Slovakia, I enjoy the people in Slovakia and I think that is what made me look into coming back to the league. Kosice has always been a good team with a great history. I have had friends play there and only had positive things to say. So when we were able to get in contact and make an agreement on a contract I was very excited to join the team.” said the defenseman, and continued about the contract negotiations, “Negotiations were good, we were all thinking in the same direction of where we want the hockey club to go, and it was good to know we all want the same thing. From the players to the coaches to the management. I know the team has a great history in the league, and when you play in Kosice as an opposing player you can feel the loud and passionate fans. The stadium is big and loud, and the fans are the extra player for Kosice every night.”

Dan Ceman led HC ‘05 Banská Bystrica to a title back in 2018/2019, and now he is going to be coaching HC Košice too. Southorn had the chance to experience his coaching system and style back in Banská Bystrica, so could this be HC Košice’s lucky year? “Yea I am excited to join Dan again. We had a great team both years in Banska when he coached us. I like his style of coaching and the system he puts on the ice for the players. He is a coach that is always prepared and he gives the players the best tools to succeed.” But Ceman is not the only familiar face in Košice. HC Košice has acquired Marek Slovák, Marek Bartánus, Patrik Lamper, and Joona Jääskeläinen, and all three of them have previously played in Banská Bystrica with Jordon Southorn in 2019/2020. The question is does he know anybody else that's on the team? “Well, I played with several of them before while I was in Slovakia, have good friendships with a couple of them. Know a lot of other players from playing against them but not personally yet, but looking forward to meeting everyone and getting the season started.”

Preparations for the upcoming season are slowly but surely picking up at pace, foreign players are joining their teams’ training camps and are getting ready for their pre-season games that take place in August. But how did Jordon Southorn spend his off-season? “I am from Montreal, Canada. I spend every off-season here with my family and friends. My training is every morning in the gym, usually, I take some time off the ice at the start of summer. After a couple of weeks, I slowly get back onto the ice and have a gym in the morning and ice in the afternoons.” explained Southorn. Every player joins the team with certain hopes and goals that he has for the season, and lifting the cup is one of them. But Southorn is coming back to Slovakia with goals that are just a little bit more personal than you would expect. “Every year I try and be a smarter/better all-around hockey player, different areas of the game change every year and you have to adapt with the changes. Most importantly for me is the success of our hockey club, always want to be in a position to compete for the ultimate prize.”

On behalf of Projekt Timeout, we would like to thank Jordon Southorn for taking his time to do this interview with us. May all your practice and preparation meet with the best of luck. 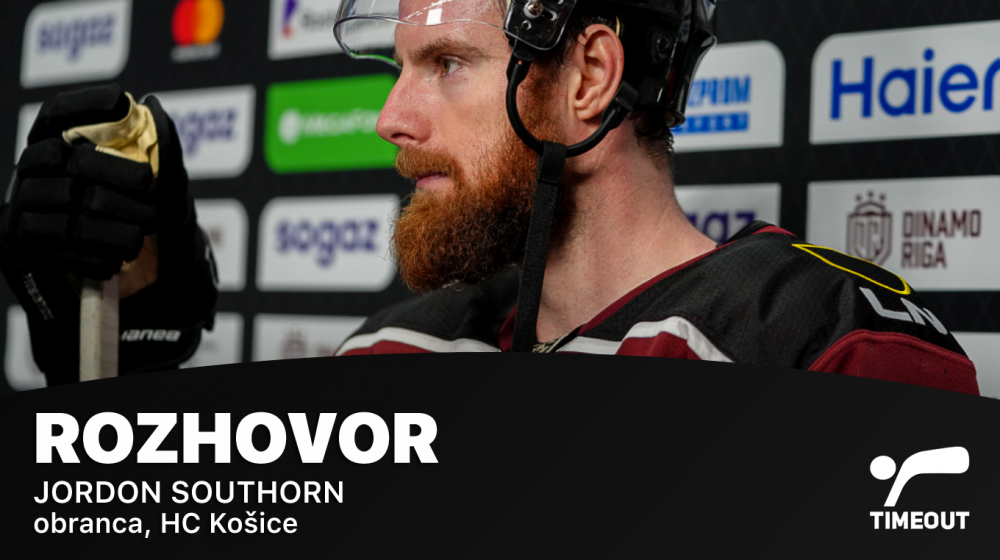 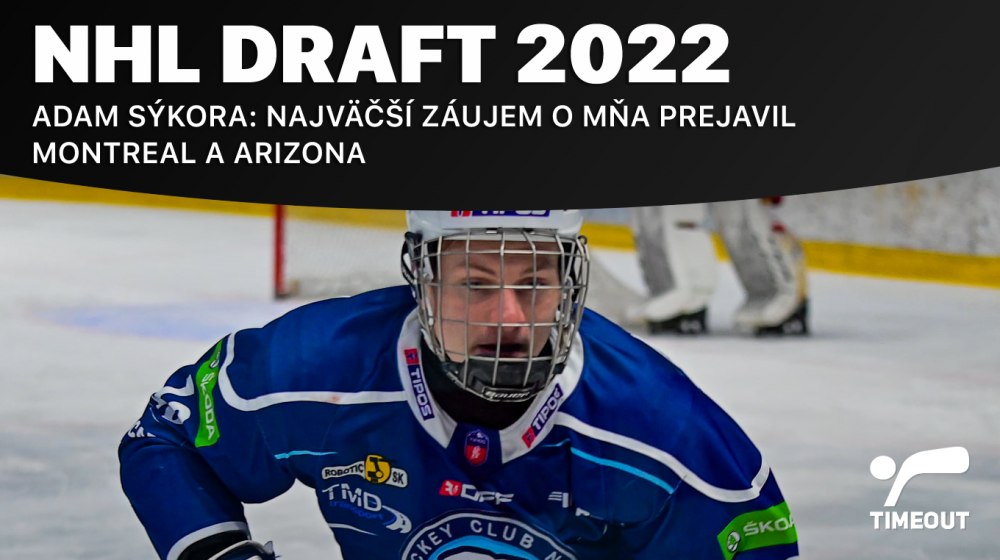 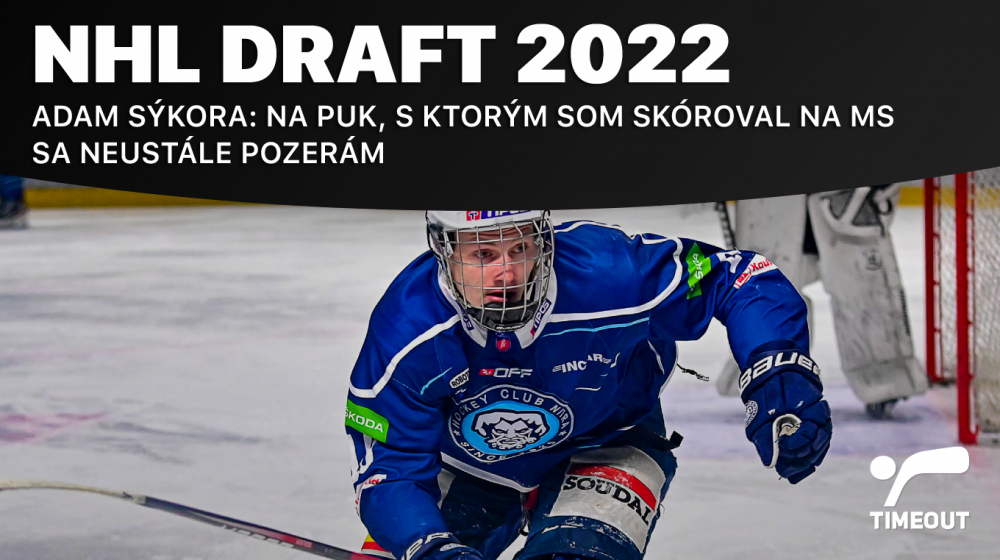 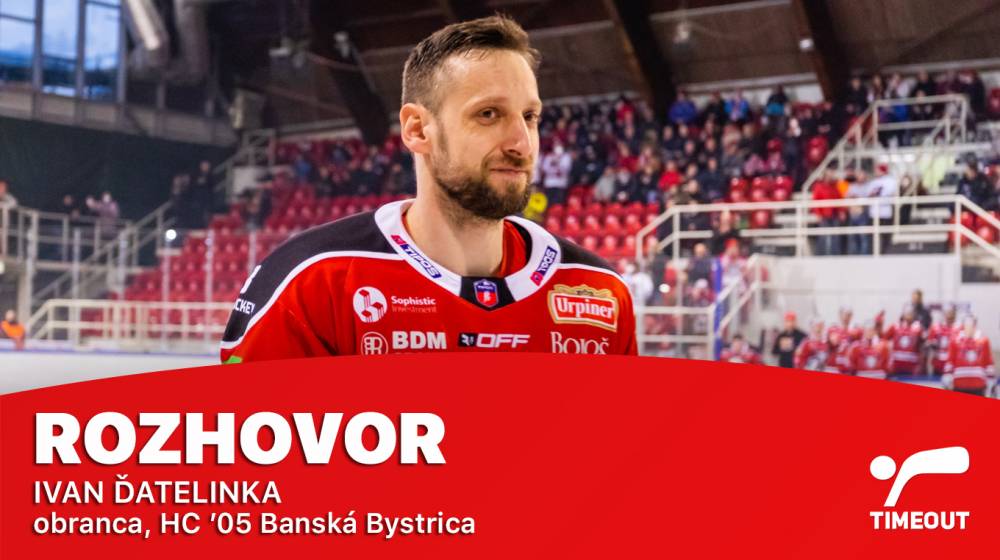 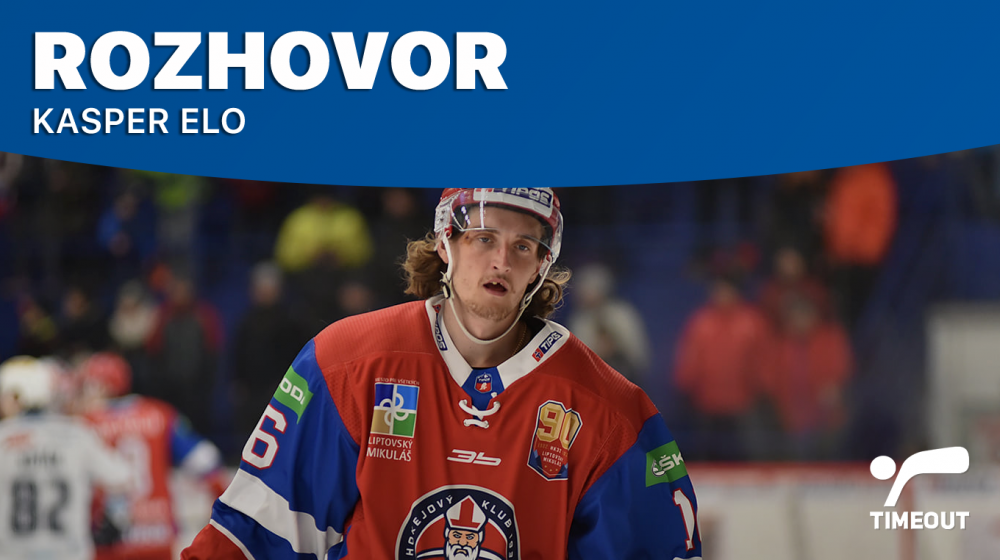 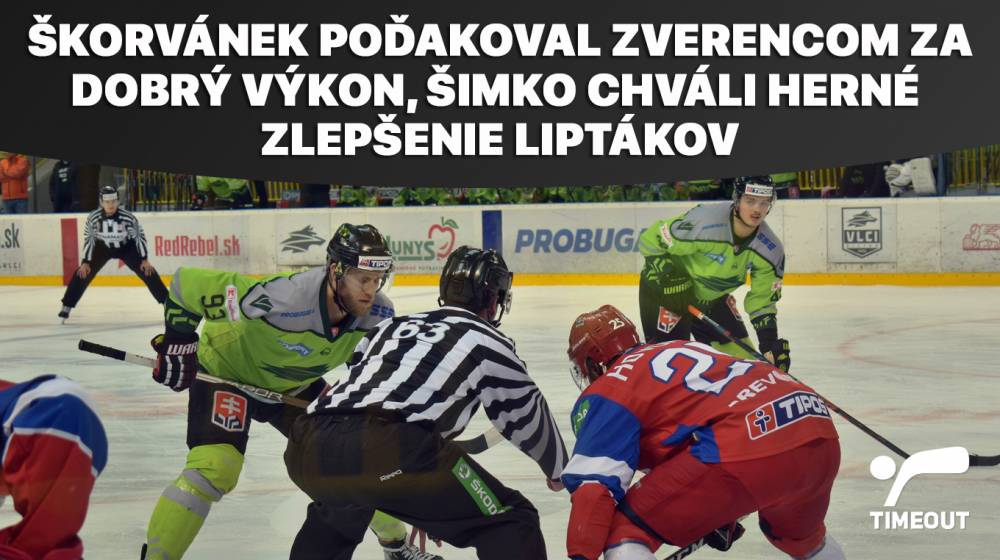 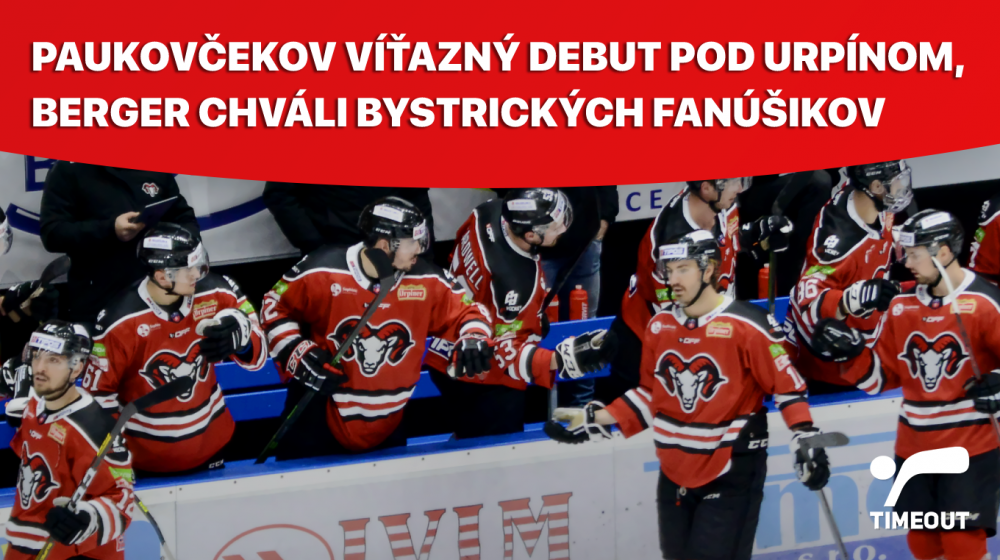 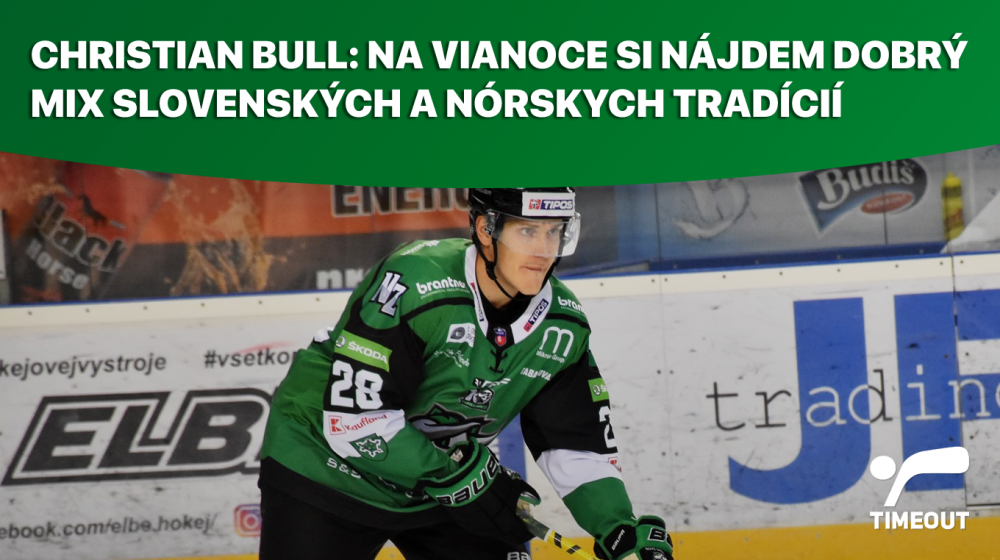 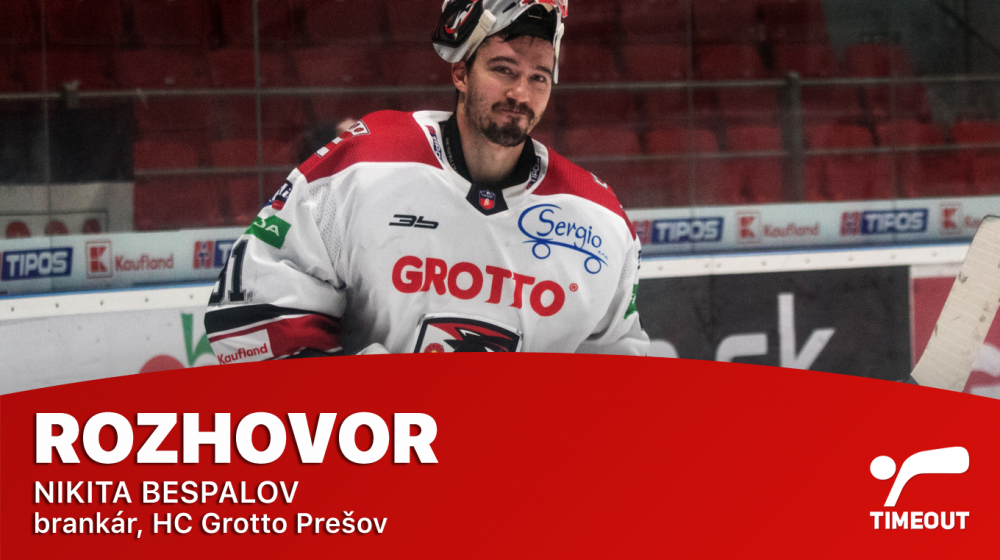 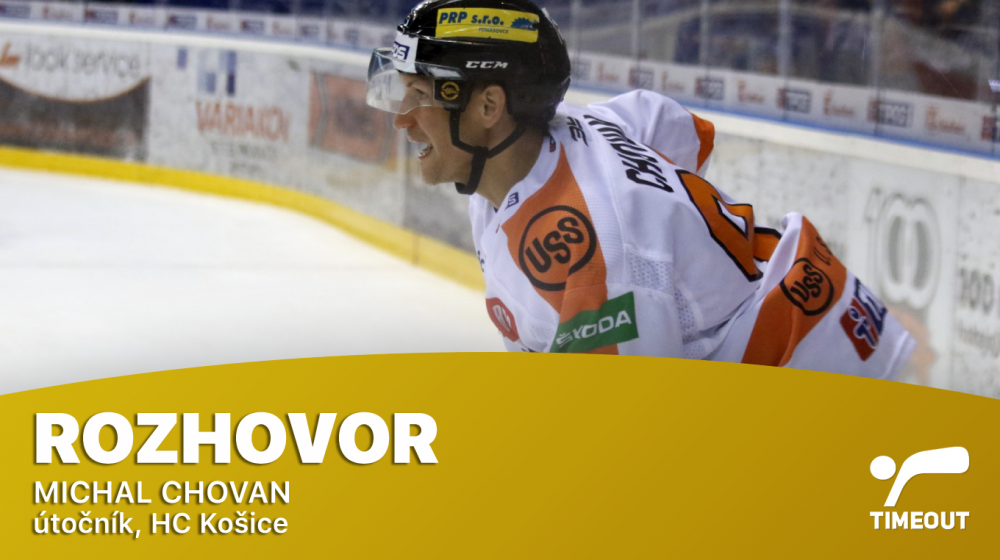